Mama Tabitha is fully vetted and probably a year or less old. She came into the rescue with her tiny kittens who are now grown and off to forever homes. Initially we planned to return her to her colony when her kids were grown but she’s really way too nice for that. She may be shy at first but warmed up to her foster mom in only one day. She sleeps with her foster mom and follows her around. Very playful with herself and also with several pf the foster kittens in the same home. Tabitha is ready for her forever home. 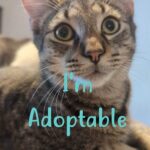 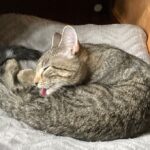 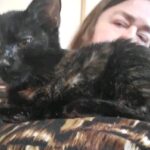 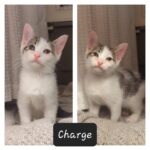